Showing posts from March, 2018
Show All

So called new replacement from Moonraker? 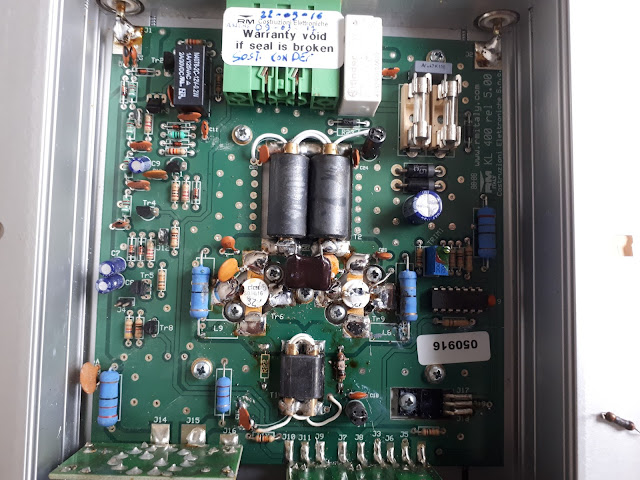 Last March I was 50 so my YL bought me a RM KL405 from Moonraker (UK). The amp lasted about two weeks despite running low power, I was offered a replacement from Moonraker and was told that I would not be able to return the so called new replacement should it go faulty. With this in mind I made sure I took the greatest of care to minimise any possible risk of over powering the amplifier and have only run 5 to 10 w on SSB with a maximum output of 180w out. After using the amp for a couple of weeks the pre amp became stuck on which was annoying but it seemed to be working ok. Last week I was in my shack and heard an interesting station so I gave a shout out. I noticed straight away that the output was down thanks to my West Mountain Radio PWR Check. So I decided that I will have a look to see if anything was obvious in the way of a fault. The first thing I saw was the sticker and hand written note which seemed a bit strange for a so called new replacement. Then I noticed a resistor w
Post a Comment
Read more
More posts