Showing posts from February, 2009
Show All

It always amazes me where in the World you are all located! Thanks again for visiting Ham Radio.Operator.Blogspot.com and Planetham.org 73 Have a nice Sunday!
Post a Comment
Read more

- February 28, 2009
Early this morning I ended up working 145 FM portable from North Pennine summit on the air 028 whilst walking the dog. I used: My hand held radio Kenwood TH-7F and 5 watts into a Diamond SRH771 antenna. Despite been up and about early in the morning I still managed to work Kevin - M0XLT & Adrian M3IAO. Watch the video to see how I avoided the MUD bath up on The Rombalds Moor SOTA.
2 comments
Read more 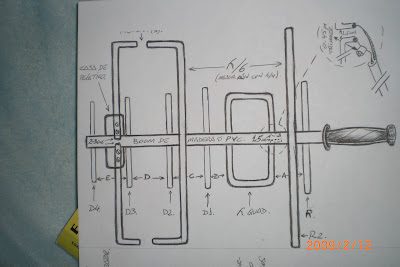 Thanks to fellow ham and friend Edmundo - EA1GHW, I am able to show you another great home brew satellite antenna system. ED, EA1GHW from Spain has been working satellites a lot longer than myself and has had some great results with his home brew antenna systems and a couple of hand held rigs. I first saw ED in action via his YouTube video's working through AO-51 and since then we have become friends via the Internet. I keep hearing ED and ED hears me via the "birds" but unfortunately we have always had too many other stations causing lots of QRM and have yet to get each other in the log! I am sure we will get over that soon with the better weather coming and the dark nights ending. Hear you can see ED's design on paper. This image shows the EA1GHW satellite antenna ready to assemble. This image shows the completed satellite dual band antenna system ready to go! Edmundo EA1GHW mentioned that he intends to add more elements to the antenna in the near future i
1 comment
Read more

A Fun Day Had By All 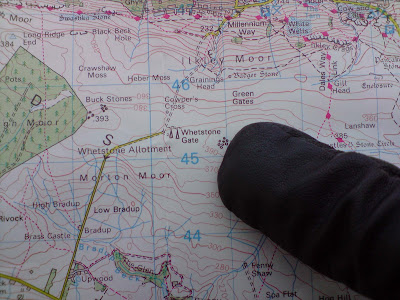 Sunday was a fun day for Yorkshire Radio Ham's M1PAC - Phil, M6AXL -Adam, M3TLL - Louise and myself 2E0HTS - Simon. Adam and Phil set up their station early Sunday morning up on Rombalds moor which is high up out in the sticks near to our QTH. They were running QRP and worked through plenty of pile ups on the 144 SSB portion of the VHF bands. Louise and I joined them in the afternoon and worked one or two nice contacts on HF which included the previously mentioned CRAG CASHOTA activation at Elslack operated by MX0BCQ/p with Kevin - M0XLT at the controls. Our Portable/Mobile QTH Adams New Beast of a Beam with Human Rotator Phil Phil, Adam & Louise The Yorkshire Moor Top Ham Brigade! Check out the action and signals/stations worked on the video, including M0YCM-Les, G4JNN-Paul, 5D0IPY-Rachid & MX0BCQ/P-Kevin.
Post a Comment
Read more 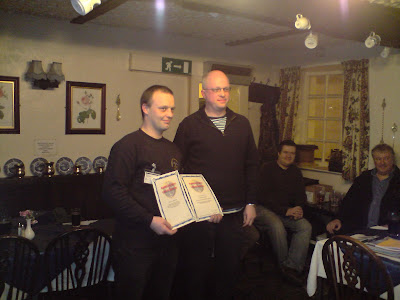 This week Louise - M3TLL and myself were invited to attend the Craven Radio Amateur Group  Club meeting at their Club headquarters. The CRAG group are a very active group of radio amateurs that operate from North Yorkshires Craven District. On arrival we were well received by all of the Craggie's and it was great to be able to put faces to the voices I have been speaking with for so long. The evening was very interesting as the Club had an video evening  arranged which featured the latest digital mode - D-STAR. The video was very informative and was quite exclusive as the R.S.G.B region 4 Deputy region manager Nigel - G1JKE who presented the film had not had the opportunity to show at his local club yet.  The evening also included a special presentation to Chris - 2E0XLG who has recently upgraded his licence from his foundation call M3XLG.  Chris had made tremendous progress whilst operating under M3XLG with a maximum output power of 10 watts. Chris's achievements were outsta
Post a Comment
Read more 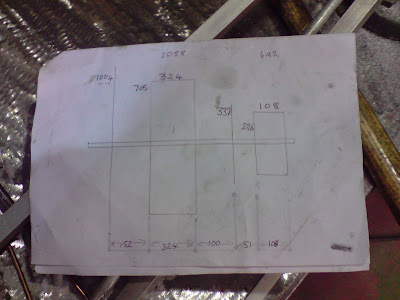 Since last summer many off you have contacted me regarding the Satellite antenna designed by EA4CYQ which is known as the IOIo beam. I already have built a total of 5 IOIo antenna's so far, all slightly different made up of anything available at hand. As many of you already know I have been working the ISS and many Satellites from my shack using IOIo beams with good results running QRP. So with the feedback and fantastic comments I have been receiving I thought I would try a next version using some materials I had knocking around.  But this time I thought I would share the build and decided to post the step by step instructions here at ham radio operator blogspot and planet ham. The EA4CYQ original design was followed and this is how it goes! Materials used: 12mm aluminium box section tube. (boom) 3mm plastic sheet. (insulators and clamps) 2.4mm Welding wire. (elements) Various self tapping screws. Cable ties. 50 ohm feeder/coaxial cable. (2 lengths for dual bands) Spon
7 comments
Read more 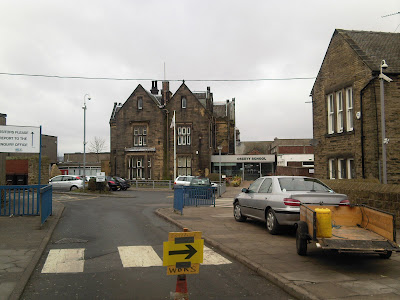 The Northern Cross Radio Rally took place earlier today and saw myself and Louise M3TLL  check out it's new venue at Ossett School near Wakefield. The new venue took a bit of finding and gave both Louise and myself a good chuckle when the guys operating the talk in frequency had difficulties in directing us in. Once we found our own way we were able to advise them and other rally travelling hams how to get there h.i The Venue Ossett School Once we ventured inside there were one or two interesting seller's with the usual plugs and fittings This vendor got it right, very well organised in bags of 10, I bought £10 worth of PL259 plugs. It should keep me quiet for a week or two. Tempting but I must have enough antenna's (according to the YL). Some good reading courtesy of the RSGB book stand. A nice selection of mobile antenna. Junk Sale? Is there such a thing when it comes to radio equipment? Myself 2E0HTS in shopping mode. Other Yorkshire Hams on the hunt for a bargain.
Post a Comment
Read more

The Launch of 2E0HTS eQSL Gallery 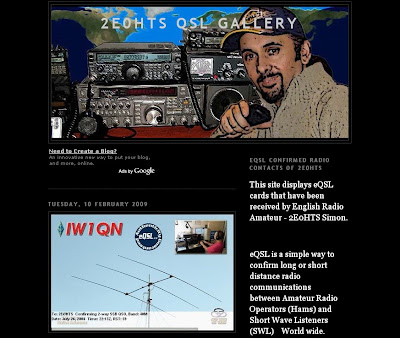 The last week has made me go bog eyed as I have been busy creating a new blog where I can display all of my received eQSL cards from Hams/SWLs from all over the globe. After uploading almost 500 eQSL card images you could imagine the relief of finally being able to switch on the radio's and take a well deserved break from my recently purchased 22" HD flat screen monitor. Yes the old eyes are definitely in need of a night off so hope you can spare me a couple of minutes to take a browse over some of the eQSL images I spent all week uploading. At least now that the new blog is up and running it will be quick, easy and painless to add any future received eQSL cards! Thanks for looking and what do you think so far? 2E0HTS eQSL Gallery Simon - 2E0HTS (the one with the red eyes!)
3 comments
Read more 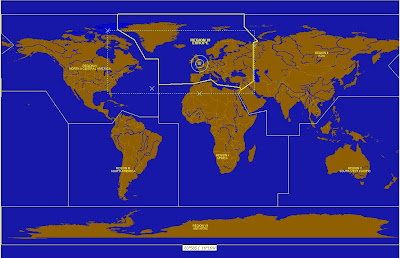 Today the U.K is battling with the inclement weather and as many of the nation face heavy down pours of snow, I decided to take a look myself to try determine what we could be expecting our glorious British weather to bring us. As usual I fired up the radio equipment and computer which I regularly use to receive images from Earth orbiting weather monitoring NOAA satellites. I also like to receive weather faxes from Northwood, which show detailed pictures of changeable weather fronts intended for Ships/sea bearing vessels within our ocean - region 6 (Europe). click on any image to enlarge Northwood's facsimile transmissions are scheduled throughout the day every day and include: Fronts Centres Winds. Surface Analysis. Gale Summary. Milli Bar (MB) Height/Thickness. Surface Prognosis. Signal Wind Areas. Frequencies used to receive the Fax transmissions are: 11.084.600 USB, 8.038.100 USB, 4.608.100 USB, & 2.616.600. USB. (HF - LF). Software: Radio Com 5.2 or any Fax decoding
2 comments
Read more
More posts