Showing posts from October, 2018
Show All

This year was just as awesome as ever even though band conditions were limited I still worked lots of World Wide DX during the 2018 CQ WW SSB Contest. I managed to get in quite a few hours here and there throughout the entire contest and spent a lot of time on 15m and 20m during the daylight hours where I worked some big signals from Asia, North and South America as well as a few slightly weaker signals such as China and Japan. I was pleased to catch three stations in a row from India with armchair copies up on 15m and all in all I did quite well with the help of my latest addition the G17B amplifier. The Cushcraft MA5B Beam worked well on 15 and 20 meters and my Hustler 6BTV vertical with radials did it for me on 40 meters but the biggest surprise was the dipole which I cut for 80 meters which was previously the windom. As a designated 80m dipole I was able to get some good signals out with the extra power (400 Watts) I worked some good DX multipliers on 80 meters into North Africa
2 comments
Read more 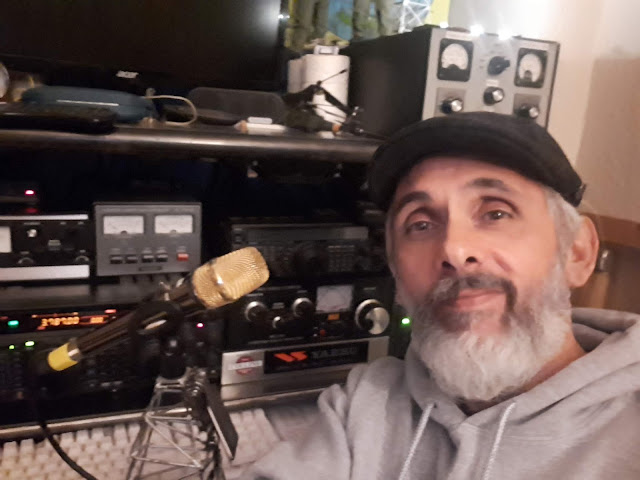 It's half term at College so I get to catch my self up a little and spend time away from the busyness of teaching, relaxing and spending quality time with my lovely family. So far I have been doing some D.I.Y jobs around the house and in between the fun I have been on my ham radio station making the final checks before the up coming weekend. This weekend if you did not know or perhaps had forge,t is the one weekend where I give my full attention to the HF bands. It's when I try my luck at making contact with as many stations as possible from as many zones as possible out of a total of 40 worldwide. It's that time again for CQ World Wide DX Contest fun!! More info at CQ WW DX SSB site . Last year was amazingly good despite average to poor band conditions I ended up in 3rd place as Low Power, England which was probably a one off lol. Last year my oldest daughter was keeping track of the zones that I worked which ended up at 21 zones out of 40. I can imagine I will need
3 comments
Read more

I was checking propagation when I heard The ARRL Head Quarters coming in on 20m. The best bit was when he herd me calling on 20 watts. Check out the video and see for yourself. 73!
Post a Comment
Read more

Latest DX - Testing The GI7B Amplifier Across The bands 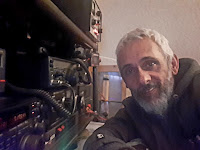 The last two weeks have been interesting on the bands especially with the new Russian GI7B x2 amplifier in line and working well. I have made the most of the propagation which has been up and down but worth the effort, as I put out some nice signals into North and South America as well as the Caribbean. I am really pleased with the GI7B amp and have mastered the tuning and loading with no issues or difficulties. I feel much more comfortable with the reliability and duty cycle of the Russian made Ceramic tubes compared to a transistor amp which seem less forgiving of any minor operator errors.  I have backed the mic settings off slightly for my Heil GM5 studio microphone and have been putting out 20 -30 watts from the FT-1000MP Mark-V Field transceiver into the amplifier and getting 350 - 400 watts out. The reports have been very encouraging, all that is left to say is CQ World Wide SSB Contest 2018 , here I come!!! In the meantime have a look at the guys and girls I have had t
Post a Comment
Read more 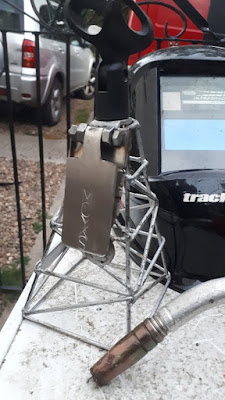 The new amplifier is set up to operate via a separate PTT  which was a foot pedal. I found this easy enough but had a better idea to try out with a couple of TIG welding torch rubber insulated switches that I had lying around. I began by making a stainless steel cradle to house two switches which would be one for the radio and one for the amp. I then tacked the whole assembly to my previously home made microphone tower.  I used a piece of stainless steel as a gate type switch system which makes contact with both switches to activate transmit on my transceiver and amplifier simultaneously. whilst testing out the new double PTT set up I worked Bruce WD4NGB just as the 20m band was grey lining and fading.  Feeling very pleased with myself after a bit of ham radio making! Best 73!
Post a Comment
Read more 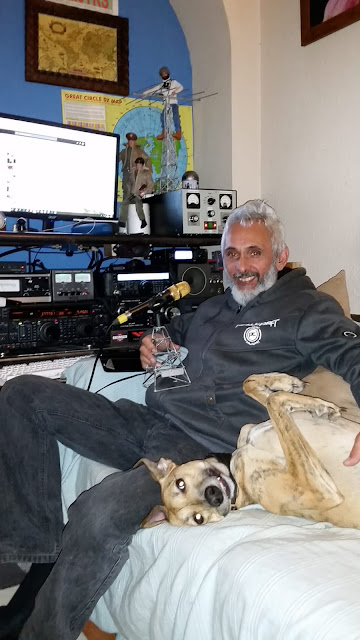 It looks like Finn the lurcher is loving my ham radio activity. Earlier I had my new amp ticking over as I worked Bob VP8LP down on the Falklands. Catch you soon with a closer look at the Russian made power amplifier that seems to be working superb.  73
1 comment
Read more
More posts