- August 16, 2009
Since the last post I have been up to my usual antics and started the week by working Paulo CT1ETE in IN51UK – Portugal, via the SO-50 Satellite, Paulo first contacted me via email to arrange our first QSO. I continued working plenty of interesting Stations via the “Birds” with lots of success throughout the week. The FT-847 DSP filters have been doing a fine job dampening down the unwanted noise on the FM down links, as well as cleaning up the distant voices making them much more readable and easy to copy.

HF has also had its moments this week, especially late on Thursday evening where I was fortunate to be on 20M during some nice DX openings. I worked LU5FF –Argentina, WD8CCC - U.S.A, FM1HN – Martinique, HI3TEJ - Dominican Republic & TI2AIM - Costa Rica. The 20M band was in good shape that night as all Stations were good signals and were worked on the FT-767, Delta Loop antenna and 50W of output PWR. I haven’t heard conditions quite as good on 20M since then, however I usually monitor the band most evenings before I go to bed and I am often lucky at that time (23.00 -00.00 local) with frequent DX openings.

Saturday I decided to give the new vehicle a run out, so Louise M3TLL, Dudley and I set off in the East Coast Direction after a hearty breakfast. We arrived at Fraisthorpe beach (near Bridlington) and spent a couple of hours paddling around in the calm, sun warmed sea. It was very nice to catch the sun and be on a Yorkshire beach all at the same time (a rare opportunity for good WX) and afterwards we headed up the coast to Bridlington on the hunt for some food.

It was there that I heard fellow CRAG member Chris – 2E0XLG, calling from the Flamborough Light house, located further up the coast. He was as surprised as I was when I made the qso on 2M fm.
Chris was operating from Flamborough for Light Houses on the air with the North Wakefield Club using a special event Light house Call sign - GB2FL. Andy – M0GGR arranged the call sign for the club and kindly invited Louise and I to visit the site where they were operating from. 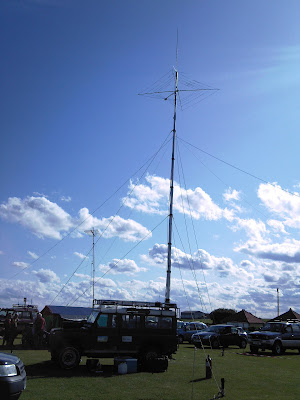 As you can see we got a warm welcome at Flamborough from the North Wakefield radio club as well as a tour of the equipment. 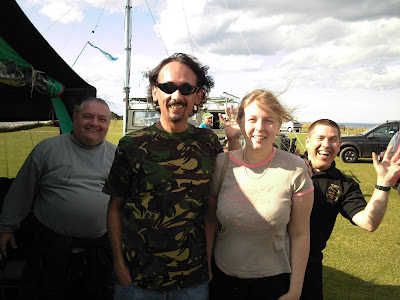 This pictures shows Chris - 2E0XLG and Myself discussing some serious techy stuff! h.i 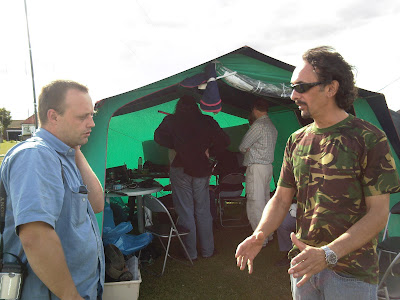 Robin G1MHU running his Icom and worked me earlier under GB2FL 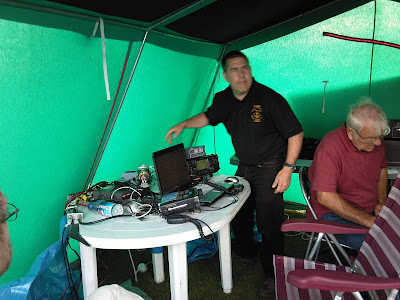 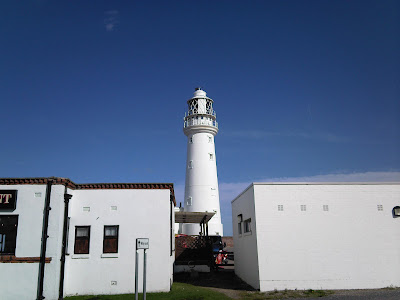 One of the F.L Coast Gaurd Antenna Arrays. 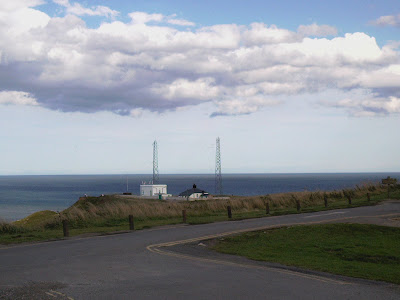 The GB2FL Station was operating on HF and VHF activating Flamborough Head Light House as part of the International Lighthouses On The Air weekend.
The Special Event Station was on the Air thanks to "Tyke" and the rest of the North Wakefield Club and is an annual activation with the GB2FL Call sign. N.W.R.C - Thanks for the invite and the friendly hospitality, We both enjoyed it very much.

Back on Baildon Moor later on Saturday evening, I noticed Mars was particularly bright due to the clear night sky. I was still hoping for the odd late meteor after only seeing six the other evening when the Perseid's were supposed to be peaking. I set up the little 70MM SKY Watcher Telescope and began peering at Mars. 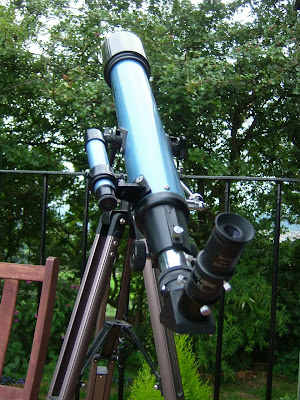 I could see some spectacular colours been reflected down the tube from the Red Planet. I decided to try some experiments with the old camera and came up with some interesting pictures. 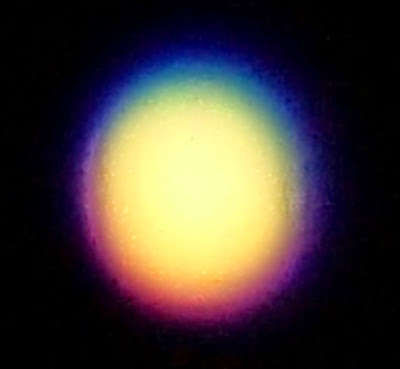 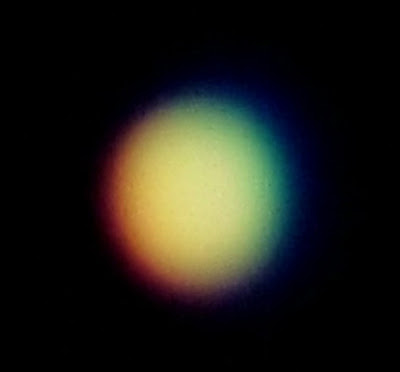 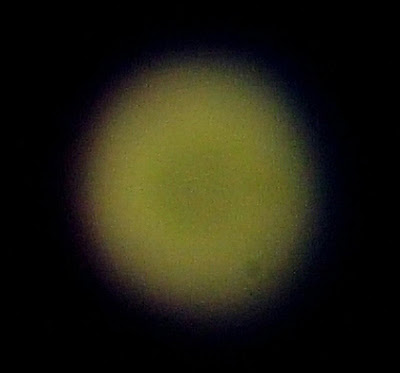 Astronomy is one of those other hobbies I enjoy when conditions are once again dependant on the things we do not control. Good Dx-ing to all of you that are DXers and the rest of you, Happy Rag Chewing and Internet Surfing. Thanks for the visit. 73

Phaze58 said…
Nice piccys Si,the bazzoka is having a field day and will keep on trying to get into them birds, did well the other day didn't manage any contacts on so-50 but did hear myself coming back down on 70 cm.I have been looking at my ruling planet Jupiter, and if you get him in your sight with your scope its quite a good piccy.
73 de M1PAC
8:14 pm

MØYKS Simon said…
Cheers Phil, it was a very clear sky. I will look out for Jupiter clouds permitting.

Great to hear from you! Your sites are very interesting I will be re visiting.

The experiments using long exposer sound good, I hope to get into more camera action in the near future. I am fortunate to be out of the City away from light pollution high up on the Moor top. ;-)

Thank you for the comments and for reading this blog.
Keep up the good work and best regards from a Very Amateur Astronomer h.i 73.

Robin said…
Fame at last,
glad that you enjoyed your visit, it was a pleasure to have you as our guests.
Robin, G1MHU@hotmail.com
10:56 am

Thanks again and looking forward to the next time we meet up. Keep up the good work and regards to all at the North Wakefield Radio Club.

hamradioal said…
Simon, you did well with that last photo. Mars is not the most exciting planet to view at the best of times and it can be quite tricky to get the best focus.
73 Al.
GM1SXX
8:53 am