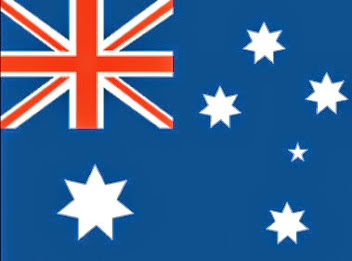 Another advantage of having a 7 month old baby Daughter is that I am up and awake very early. Lucky for me I can also catch up with some long path DXing on my Ham Radio Station.

This morning at 06.25 utc I was tuning around the 20m band when I heard Neil - VK2IZI coming through with a 5/9 signal out of Australia. The exact frequency where I caught up with Neil was 14.178MHz, I gave just one call using the Hustler 6BTV which was received long path by Neil 5/7. I was surprised the vertical was working so well for me, I did my usual comparison test whilst receiving Neil on my wire Carolina Windom, which was almost the same as the vertical. The wire RX the signal from VK at the same 5/7 to 5/9 strength, so I decided to stick with the vertical during our QSO.
Neil - VK2IZI is located in the Blue Mountains near by to Sydney and was running an Optibeam antenna system. The Optibeam was working very well for him. Yesterday morning I heard lots of Japanese Stations coming through up and down the HF bands, its great catching the bands so lively during the early morning openings.
Well that's it for now, guess its time to change a nappy and get get some more coffee, happy DXing catch you on the long path!