- October 31, 2022
What a great contest it was! The bands opened up and the DX came through a treat. I worked plenty of stations and although I have done better in the past I did manage to work 18 Zones and 74 Countries over the weekend. My young apprentice M7ELC did an absolute fantastic job and bagged herself 14 Zones and got into China as well as many other exciting DX Countries World wide. The new radio in the shack performed flawlessly and the reception was second to none. My only problem was getting Elsie M7ELC to shift over and let me have a go lol.
This years highlights if you have not seen it already.
CQ WW SSB 2022
Thanks to all involved, our logs have been uploaded and we both had a blast. See everyone in the next DX Contest and also next years CQ WW. 73 Good DX M0YKS and M7ELC 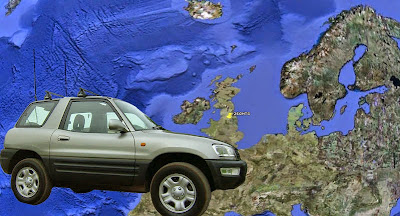 This morning was excellent propagation whilst driving to work in my Toyota 4X4. There were many VK's coming through very strong with 5/9+ signals all over the 20m band. At around 7.15utc I heard Ian VK3MO calling CQ around 14.178MHz, Ian was 5/9+30db in signal strength. I managed to get back to Melbourne and work Ian for 10 minutes as I drove to work giving him a 5/9 signal back from my FT-100 and Maldol HFC-20 mono band antenna. I love the early morning openings and I am always amazed how well the mobile set up always seems to perform.
Read more