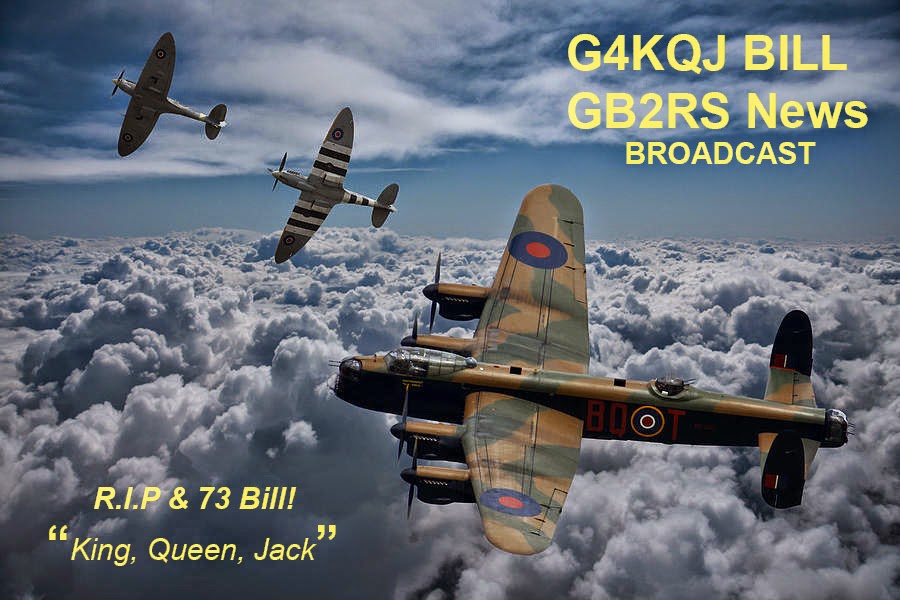 As I listened to the weekly GB2RS news broadcast I heard the sad news that Bill - G4KQJ had passed away last week at the age of 87 and a half after he had recently been poorly.
G4KQJ had read the RSGB news for over twenty five years and was always a 5/9+ signal up on 145.525MHz from his amateur radio news station GB2RS which was located in Brighouse, West Yorkshire. Bill known as King Queen Jack, was a first class amateur radio operator and a very good news reader who always had time for a rag chew before and after the RSGB news broadcast. Bill had a wealth of experience in many topics but the ones that I remember the most and had the many pleasures of discussing and listening about were of his many years of service in the Royal Air Force. Bill was originally from the south of England but fell in love with a northern girl from nearby Bradford, He settled up north and he became a respected fellow Yorkshireman. G4KQJ was a amateur radio friend who I spoke almost weekly with for over 10 years, we never actually met but I will miss hearing him on the air as will lots of other local radio amateurs. R.I.P Bill, our thoughts are with Bill's family and friends.